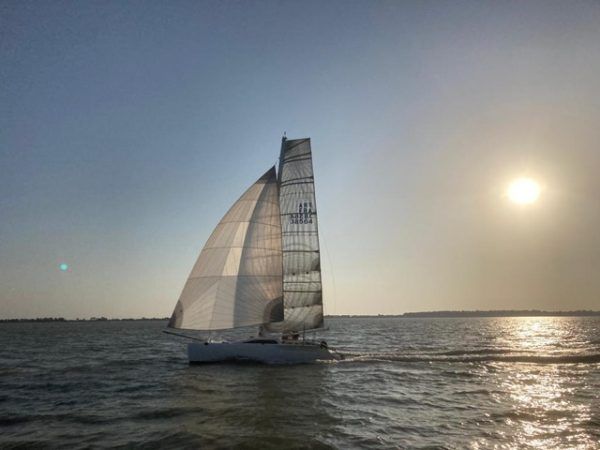 Designed by the famous architect Tony Grainger, the Raider 302 is very popular in Australia. This example built in 2002 was acquired in the United States in 2012 : The boat had been a yard regatta boat in Florida when the series was launched in the USA. It therefore has an American aluminum trailer which allows, thanks to extensions, to transport the boat mounted or dismantled (not CE approved). The mast (aluminium, rotating) was replaced in 2015 and all the sails are recent (GV, Jib, Genoa Medium, A3 Medium Air Reacher, Screecher on furler, Symmetrical spinnaker). The Tohatsu 9.9 Cv outboard engine is from 2018.
The electronics include depth sounder, speedo, VHF, Pilot ST 1000 with remote control and a solar panel.
The layout is certainly minimalist but includes 4 berths, a kitchen area (small sink and stove) and table to port, WC and chart table to starboard.
It is a versatile boat that can be pushed at more than 20 knots (keeping the sheets in hand…) by an experienced crew or be used as a family in a peaceful way. 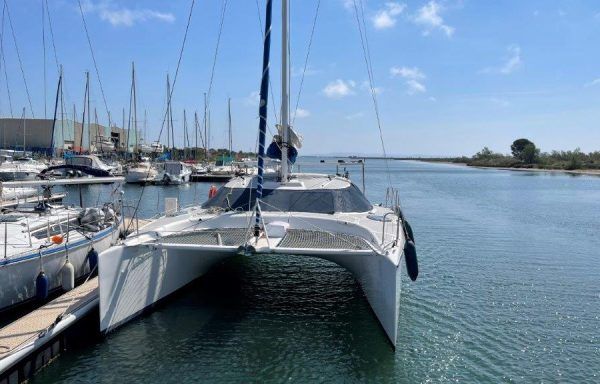